On the 10th may, 2012, one day before the unveiling of the statue, a festive concert was held in the ceremonial hall of Hungarian Academy of Sciences by our Society. The title of the concert was “Ahn Eak Tai and his master Kodály Zoltán” The program was closed by Korea Fantasy; Ahn Eak Tai’s most important composition, which was performed the first time in Budapest after the Second World War.

Ahn Eak Tai lived in Budapest int he period of 1938 to 1941, from 1939 he was a student of Liszt Academy of Music for two years. He learnt music composition from Kodály Zoltán who is mentioned as one of his masters. He was a scholarship-holder of the Hungarian state, he stayed at the famous Eötvös College, this possibility was granted to highly talented students only.
Also other outstanding personalities of Hungarian music life turned their attention to him, like Bartók Béla and Dohnányi Ernő. Ahn Eak Tai met them on the occasion of his first visit to Budapest in 1936 when he received invitation to conduct the Symphony Orchestra of the Hungarian Radio.
Later on still before the Second World War he visited Hungary several times in order to conduct as guest conductor the Symphony Orchestra of the Hungarian Radio to play his own compositions, too.
The most famous composition of Ahn Eak Tai is the Korea Fantasy a symphonic composition for a great orchestra, a great choir, containing also folk music tunes. The composer built the music of Aegukga, the national anthem of Korea into the finishing part of Korea Fantasy. In this the longing for freedom, patriotism and faith of the Korean people practically breaks out leading far beyond the tragic historic past.
Ahn conducted the leading orchestras of the world, among them several times the Vienna and Berlin Philharmonic Orchestras but he conducted in Rome, Madrid, London, Barcelona and Dublin, too, and many orchestras outside Europe in the United States. His own compositions were on program, too.
In 1946 he founded the Mallorca Symphony Orchestra, he was the leading conductor of it until his death.
In 1955 he became the conductor of Seoul Philharmonic Orchestra.
His grave is in the National Cemetery of Seoul.
The statue was erected by Hungary-Korea Society and the unveiling events were also organised by it. The initiative of civilians was supported by the Embassy of the Republic of Korea from the very beginning.
Program of the concert:
Kodály Zoltán: Intermezzo – detail from the opera Háry János
Ahn Eak Tai: White Lily, Devich Gergely played the cello
Prof. Hur Young Han, KNUA: „Ahn Eak Tai’s Korea Fantasy around the world” (introductory lecture with video projection)
Break
Kodály Zoltán: Dances of Galánta
Ahn Eak Tai: Korea Fantasy
Zugló Filharmonic Orchestra and its Choir was conducted by Záborszky Kálmán, Liszt prize winner musician.

Our guests were welcomed by Szegő Andrea, President of Hungary-Korea Society. Welcome remarks were delivered by H.E. Nam Gwan Pyo, Ambassador of the Republic of Korea. The following personalities took part at the concert: Korean delegation visiting Hungary on the occasion of the unveiling of the statue, headed by Kim Hyung-Ju, Deputy Mayor of Seoul, Eleanor Ahn, daughter of Ahn Eak Tai, Kwon Young-Sup, director of Korea Cultural Center, Csomós Miklós, Deputy Mayor of Budapest, Vásáry Tamás, Kossuth and Liszt prize winner pianist and conductor, holder of UNESCO Mozart Medal, Bácskai János ,President of Hungary-Korea Parliamentarians’ Friendship Group, Members of Parliament, representatives of Municipal Government of Budapest and of local government of Zugló, and our music loving guests.
The concert hall was full. Thanks by our leaving guests characterize the atmosphere of the concert well: „We did not know that we would have such a wonderful experience”. 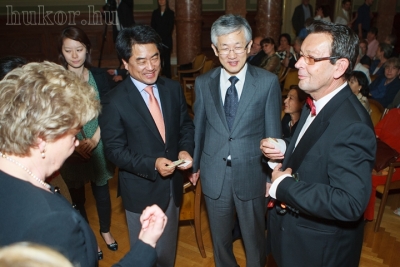 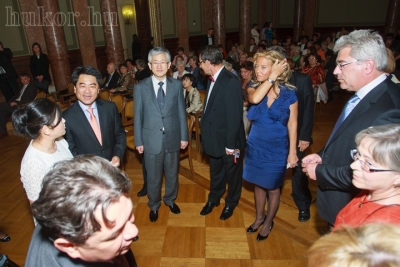 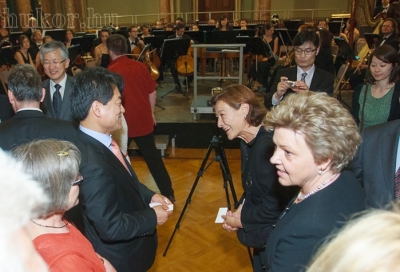 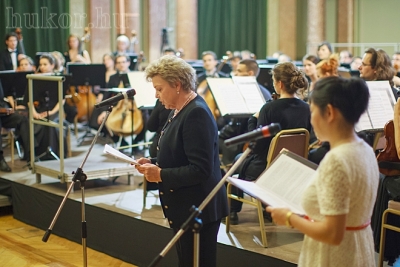 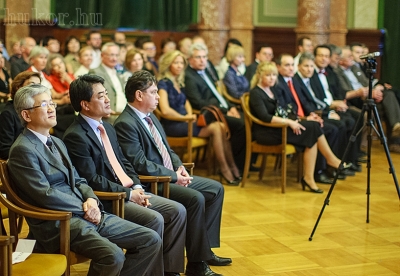 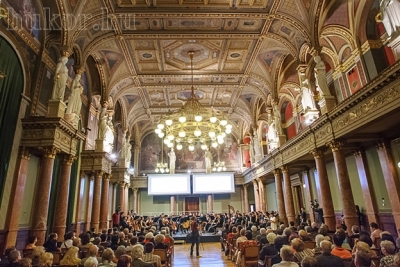 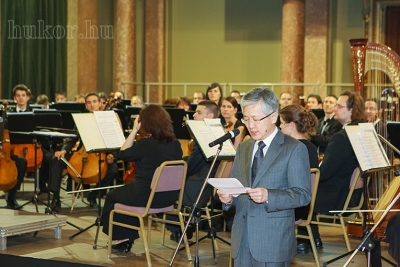 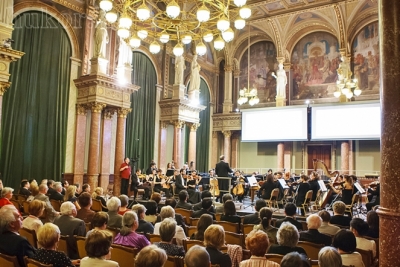 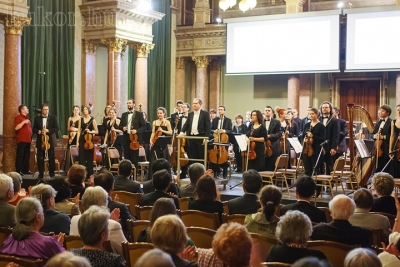 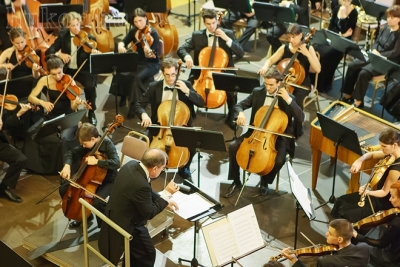 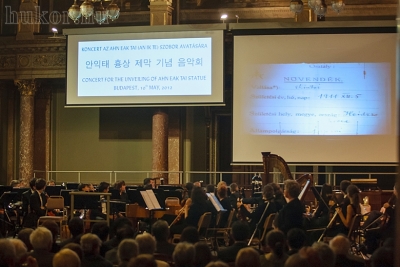 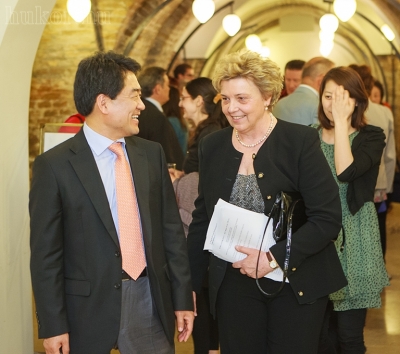 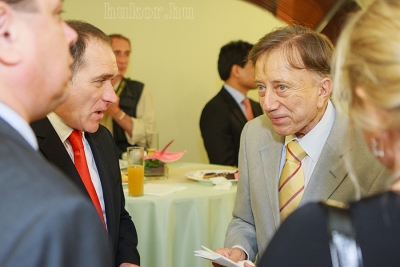 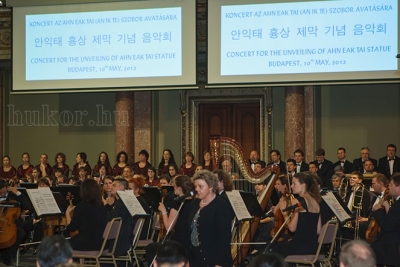 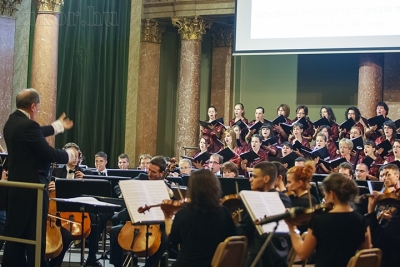 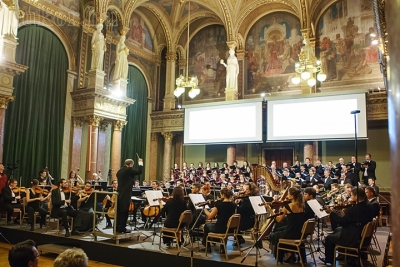 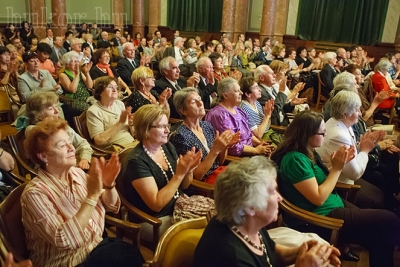